Buy Now Pay Later (BNPL) point of sales options are growing in popularity for ecommerce merchants. Find out how you can use BNPL data to improve your online store.

If you’ve done any online shopping recently, you might have noticed the “buy now pay later” option tacked to product pages. It’s a tempting offer, especially on high-ticket items that have the potential to break the bank.

In fact, huge numbers of consumers are choosing to buy now pay later (BNPL), which accounted for 2.1% (or $97 billion) of the $4.6 trillion taken in ecommerce transactions last year. Predictions show that this figure is expected to double to 4.2% by 2024.
{{email-cta}}

What is Buy Now Pay Later?

Buy now pay later (BNPL) does exactly what the name suggest: it lets customers buy a product but pay for it in installments over three or four months.

Often, the repayments are interest-free, which simply means shoppers that don’t have the full fee in their bank account at the time of purchase can still buy products they’re interested in.

The process was designed to give shoppers more choice and help ecommerce brands sell higher-priced products to customers who might be struggling.

There’s a reason why BNPL has exploded during the pandemic - consumers are far warier about spending big lump sums of money when the world and economy are so up in the air. Committing to smaller monthly repayments is often a safer bet than draining their funds all in one go.


Boohoo offers shoppers the chance to spread payments across four installments with a selection of different BNPL providers.

The Value of Buy Now Pay Later for Shoppers and Merchants

Essentially, shoppers can choose to BNPL at the point of sale, often with just a few clicks. The general process is that they pay the first installment then and there, and then pay the remaining sum in monthly installments over a series of months.

You’ll often see BNPL providers include a checkout button on retail sites, and they’ll then take a percentage from the merchant on each transaction. This might seem counterproductive for retailers, but the BNPL payment method has been proven to increase average order value (AOV) and lead to better conversion rates.

The reason for this is pretty simple: shoppers get to buy products they might otherwise have overlooked because of price difficulties, and retailers get a higher AOV from customers who will happily add more items to their cart if they don’t have to pay for it all at once.

Consumers also report enjoying payment options that take the burden off of their credit cards. BNPL transactions tend to offer their payment plans interest-free, which keeps buyers safe from having to drop large upfront charges on their credit cards. During the busiest times of year, like the holiday season when credit scores and late fees are on consumers' minds, it's a relief for them to have BNPL to make their purchases more manageable.
‍
The Benefits of BNPL for Shoppers:

The Benefits of BNPL for Merchants:

How BNPL Is Impacting the Global Economy

The pandemic has had a huge impact on the way consumers shop.

While many flocked online to make purchases, there were a lot of shoppers who dramatically reduced their spending in the face of the unknown. This led to a dramatic shift in the economy and worried businesses worldwide. The emergence of BNPL addressed this issue, allowing customers to comfortably make purchases and pay for them in their own time.

US consumers have admitted that BNPL efforts have helped them with their budgeting, but it has had plenty of positive effects for merchants too. Research has shown that cart sizes are 17% bigger than pre-BNPL options and retailers are obtaining 13% more new customers with BNPL efforts.

Despite BNPL providers taking a percentage of the transaction, retailers have found that offering consumers the chance to pay later has had a positive effect on their business. It has led to increased sales, higher AOV, and encourages new, potentially hesitant customers to make a purchase.

There are already some key players causing a stir in the BNPL arena.

Klarna, Afterpay, and Affirm are some of the biggest BNPL names, but there is an increasing number of new providers popping up every day. Even the big players like PayPal, Amazon, and Apple are launching their own versions or teaming up with existing providers to offer consumers the chance to buy now and pay later.

In fact, Amazon and Apple have recently partnered with Affirm, and Square has bought out Afterpay in a $29 billion deal.

Here are some of the best buy now pay later apps around at the moment:

Peel’s powerful dashboard can identify attribution in the Payment Gateway segmentation, so merchants are able to dig into how much revenue they’ve generated by Affirm or Shop Pay, discover the LTV of customers who have used BNPL services on their first order, and identify other key insights gleaned from shoppers who actively choose to buy now, pay later.

This information can help you drill down into the different types of customers you are serving and their payment needs. You can use the data to deliver ads specifically to BNPL customers or serve them specific product suggestions based on their past purchases and items they have chosen to buy now, pay later on.

It’s clear that the BNPL process is here to stay. The pandemic has led to an entirely new shopping landscape where people are keen to buy online, but also are wary about spending too much in one go. Buy now, pay later options address both of these by offering shoppers the chance to invest in higher-ticket items without having to splash their cash all in one go.

And, for merchants, the benefits are plentiful. Not only do BNPL options encourage potentially hesitant customers, but they also increase AOV, LTV, and the overall customer experience.

Learn more about Peel's automated analytics solutions or check us out on the Shopify App Store to get started today.

Get Our SMS Growth Hack Guide

By entering your email and clicking submit, you agree to receive marketing communications from Peel Insights (emails, newsletters, blogs, product updates, and more). You can unsubscribe from our emails at any time. If you have questions about how we collect, process, or use your personal information, see our Privacy Policy. 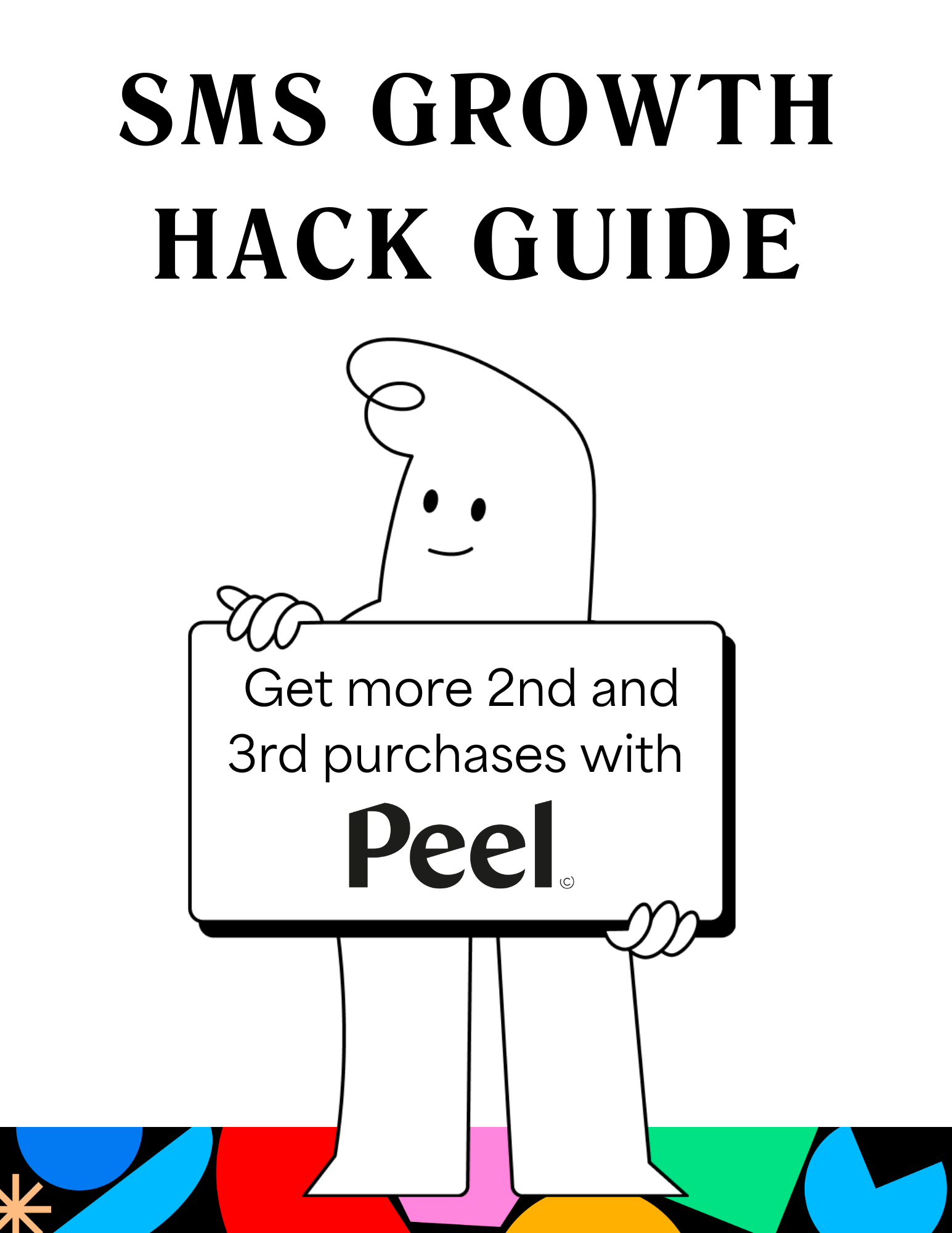 Take advantage of our resources

Know more so you can do more and get the answers you need.
See All Case Studies 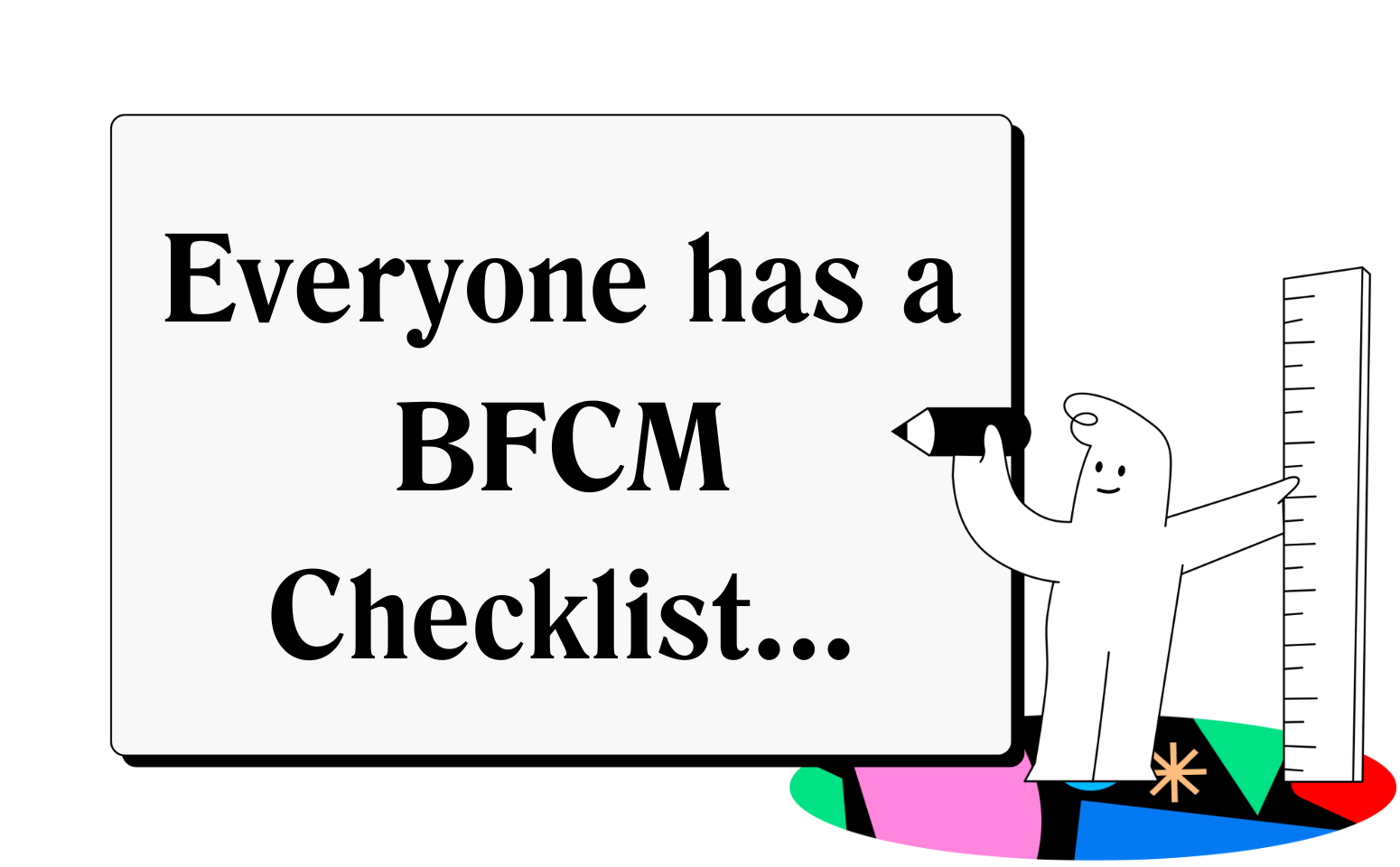 Black Friday Checklists You Should Be Paying Attention To

Everyone has a Black Friday & Cyber Monday checklist these days. Here's a shortlist of where to look for the best BFCM advice for DTC brands.
Learn More 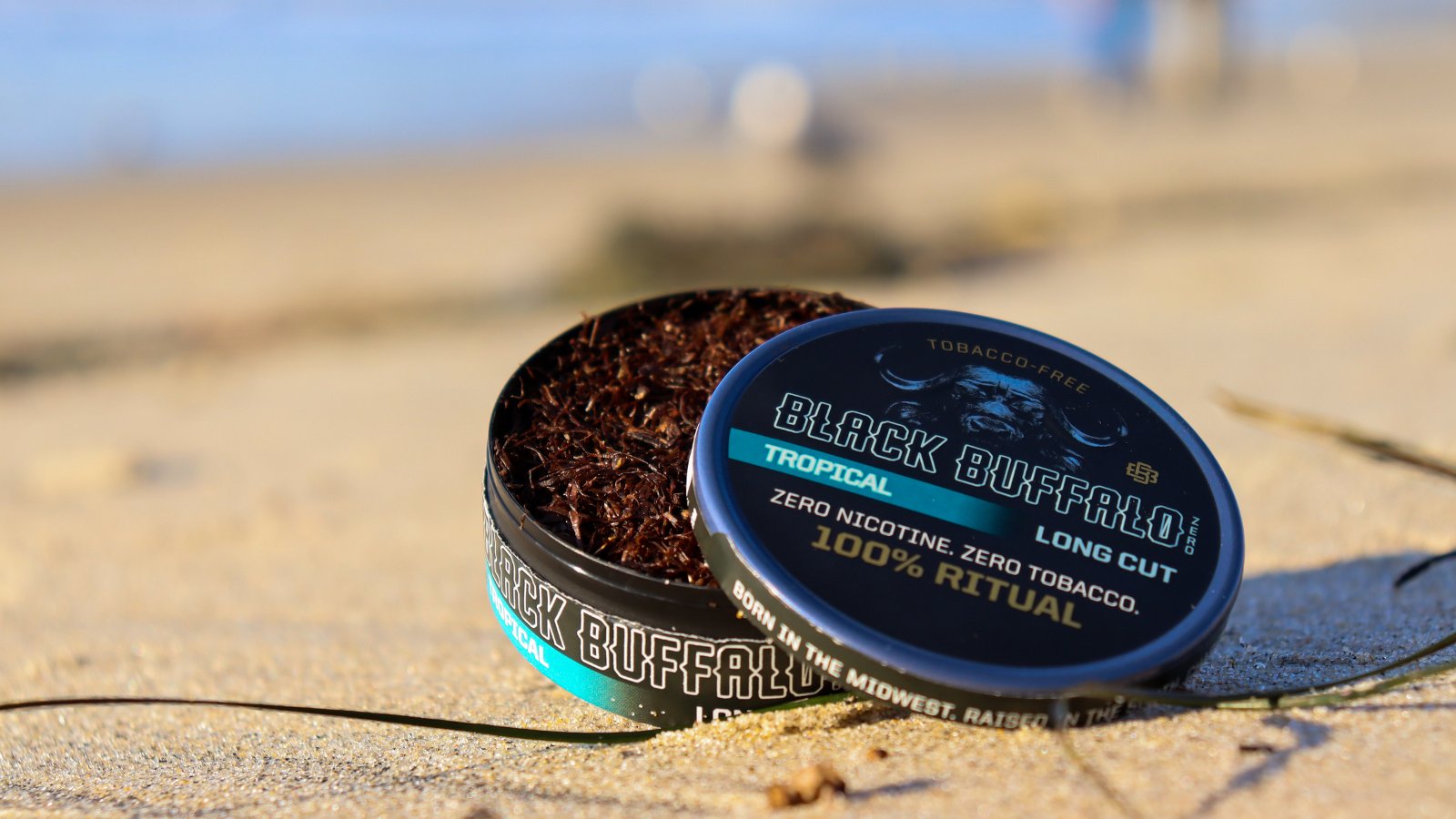 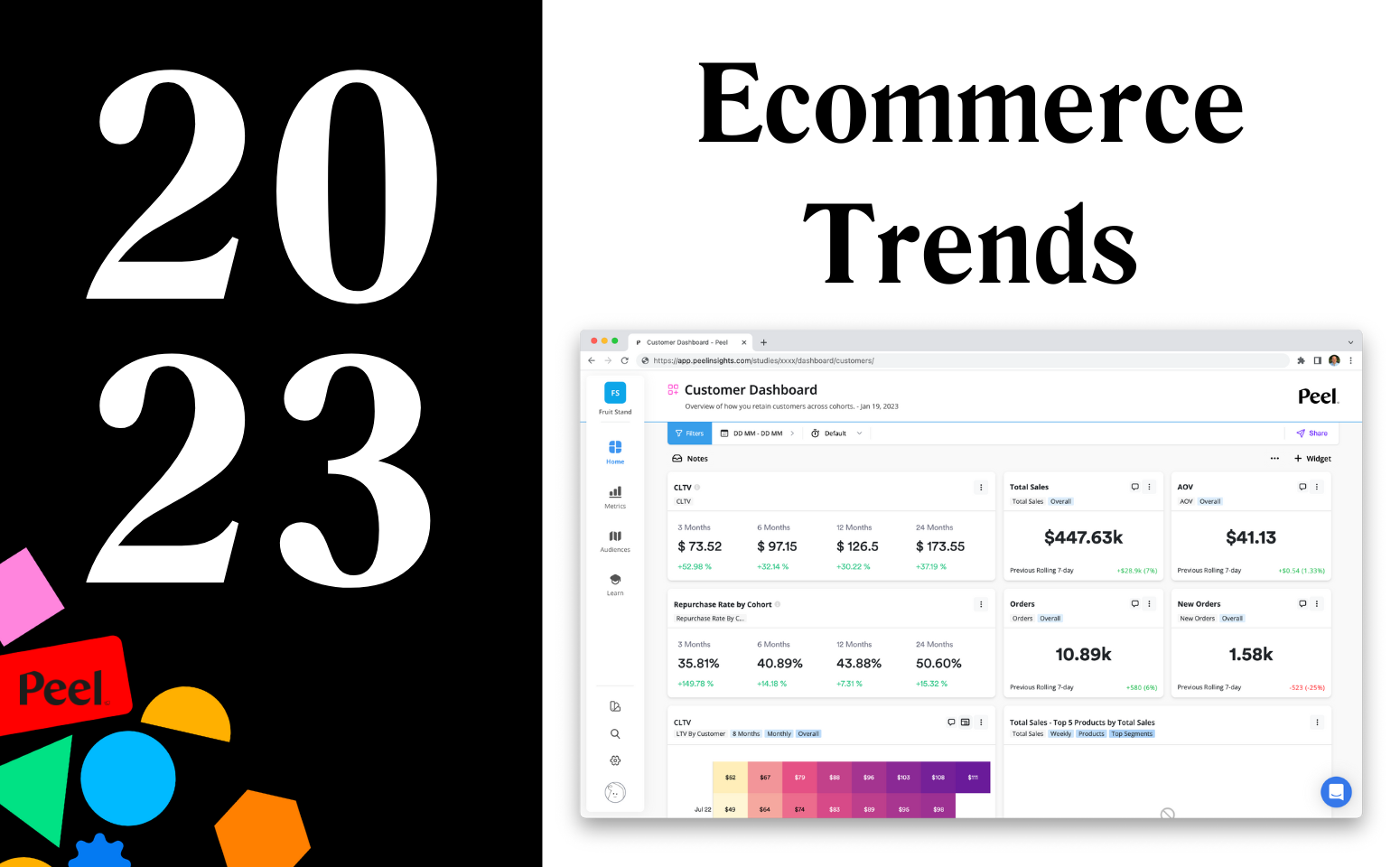 5 Predictions for Ecommerce Trends in 2023

We share our 5 predictions for ecommerce trends and some tips on how to navigate those trends with an eye on improving customer retention.
Learn More